Does Charging your Phone in the Car use Gas? 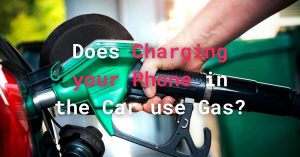 Charging phones in cars is a great way to ensure your device is up and running if you forget to charge it at home. In addition, a device helps with directions using GPS or even jamming to some music.

However, almost every component in a car runs on gas. Unless it’s an electric car!

So you may want to know if charging his phone affects gas, especially when there is a sudden reduction in gas mileage.

A phone typically uses between 2-6 watts when charging. So typically, charging your smartphone in a standard car will cost less than $1 yearly.

What goes on when you charge your phone in your vehicle?

While it is true that charging phones in cars uses gas, it might not be the reason for the sudden reduction in gas mileage. See what goes on when you charge your phone in a vehicle.

If you still leave the car charger plugged in without a phone, this may still drain the car’s battery, but at a much lower rate.

However, when the vehicle is running, the car charger draws power indirectly from the alternator to charge the phone. How?

The alternator charges the battery while the car is on. So the power that the phone uses comes from the car’s battery kept fully charged by the alternator.

Now, what powers the alternator itself? The engine will have to work harder because of the new current drainage.

The alternator converts power from the gas to form energy that ensures the battery stays charged. So your phone is indirectly working off your gas tank. But this is assuming your vehicle is properly maintained and there are no power issues.

Here, the power your phone draws from the gas tank is almost minor. First, so long your car is on or running, the alternator will always work whether you plug your phone or not.

Secondly, the amount of power the phone charger draws to power the phone is small, about 5 watts or even less. So this is insignificant even to notice any decrease in gas.

This ultimately means that if you have more than one port for charging, other occupants can also charge their phones. So the higher the numbers of phones charged, the more you use more gas.

But as we stated, the amount used is almost not noticeable.

What power is used when charging your phone

For your phone to charge, power needs to come from somewhere. So what power does one use when charging a phone?

Your phone charger draws power directly from your car’s battery to charge your phone. But this can be directly or indirectly. However, research shows that this amount of power drawn by your smartphone is small. A phone typically uses between 2-6 watts when charging. If you, however, leave the charger plugged without a phone, it is likely to consume between 0.1 to 0.5 watts.

So typically, charging your smartphone in standard car working conditions will cost less than $1 yearly. This shows how small the power your phone uses while charging.

If you, however, feel concerned about gas usage and phone charging, see other alternative ways, such as how to charge your phone in a car without a cigarette lighter. One of the solutions is to use a portable charger.

This article has answered the question, does charging your phone in the car use gas? Gas usage comes in because the alternator converts gas to keep the battery charged to charge the phone.

The amount of gas utilized, however, is almost insignificant that you won’t even notice it. A decrease in gas mileage could be due to faulty engine components, driving style, or roads.

Now you’ll be able to charge your phone with peace of mind that it won’t be costing a lot in gas. 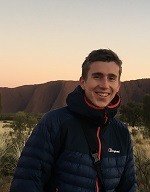 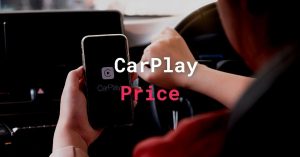 Apple CarPlay Price: Is CarPlay Free to Use?
Read More » 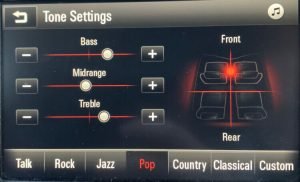 What are the Best Car Stereo Sound Settings?
Read More » 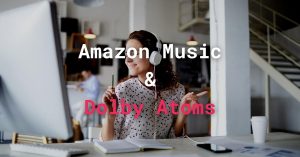