Blaupunkt vs Sony Car Stereos: Which Should You Choose?

The stereo you choose plays a massive role in the sound quality of your in-car entertainment system and what devices you can listen to music from.

There are many well-known car audio manufacturers like Sony and Blaupunkt, but which should you choose?

Sony’s car stereos are much better than Blaupunkt. Blaupunkt and Sony are tenured brands in the car audio scene, producing good quality car audio devices like receivers, amplifiers, and speakers. However, Blaupunkt now manufactures cheaper products that cater more to the mass market.

Read on if you’re torn between buying a Blaupunkt or Sony car stereo. I will discuss the backgrounds of both companies and compare their products to help you decide which head unit to choose.

Any car audio buff would be familiar with the brands Blaupunkt and Sony. Both brands have been in the car audio scene for decades and have produced some remarkable products.

However, a brand can retain its name but be a far cry from what it used to be, such as the case of Blaupunkt.

The name Blaupunkt dates back to 1938 and means “Blue Dot” in German.

Manufacturers placed a blue dot sticker on headphones to signify they had passed quality control, which inspired the Blaupunkt brand name and logo.

Blaupunkt’s original name was “Ideal” when it was founded in 1924. The name was changed five years after Robert Bosch AG acquired the company in 1933.

As a German company owned and operated by Bosch, Blaupunkt became a prominent name in the car audio industry.

Blaupunkt became one of the leading car audio manufacturers in Germany and was fitted as standard equipment in luxurious German cars like Audi, Mercedes Benz, and BMW.

The brand’s association with German automobiles gave it a sense of prestige, but it is no longer the brand it once was.

Robert Bosch AG sold the company in 2009 to Aurelius AG. Blaupunkt is now managed by GIP Development SARL, with 100% of its production being outsourced to China.

In 1946, Akio Morita and Masaru Ibuka began the Tokyo Tsushin Kogyo Kabushiki Kaisha (TTK), which was the precursor to Sony.

The founders collaborated on their very first consumer product, which happened to be a rice cooker.

In response to Japan’s expanding market economy and the increasing popularity of electronics, the brand began branching out into manufacturing more electronic items.

Sony is derived from the Latin word, “Sonus”, which signifies sound, and the term was initially given to a radio that the TTK business began manufacturing in large quantities in 1955.

Sony has had a significant evolution and growth in popularity since that time. Today, they manufacture a range of devices, including:

The introduction of various ground-breaking items has made Sony a household name today, including being a well-renowned Japanese car stereo brand.

Blaupunkt and Sony have a huge range of car audio products, including:

However, only Sony car audio products are widely available on popular online websites like Amazon.com.

There’s a limited range of Blaupunkt products available online; their entire line-up has to be viewed from their official website, which will link you to a local distributor if you want to purchase any of them.

Blaupunkt used to be considered a high-end brand, but since the company outsourced its products to China, many of its products have become cheaper than other popular brands.

Let’s compare the units from both companies to see how they differ. This will allow you to see which one suits you better overall. 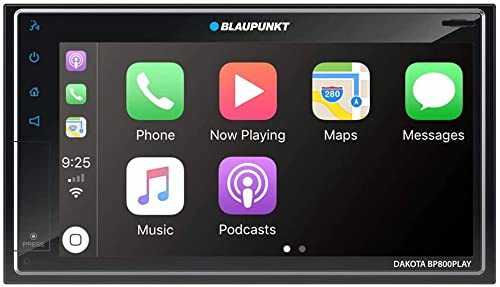 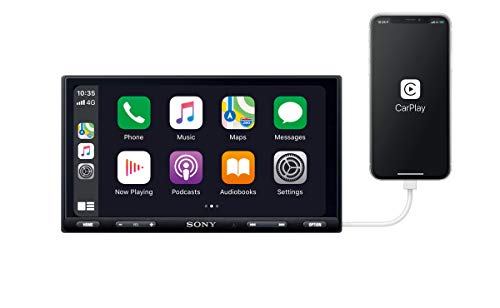 The Blaupunkt Dakota BP800 PLAY and Sony XAV-AX150 are both multimedia head units with Android Auto and Apple Carplay.

Despite being almost a hundred dollars apart, the features of the two head units are quite comparable.

Both head units have the exact screen resolution, and the Blaupunkt even has a more up-to-date version of Bluetooth and more AUX and AV inputs. However, you’ll get a slightly bigger screen with Sony, a broader equalizer, and higher power capacity.

However, despite the specifications being comparable, what justifies the Sony’s price tag is its more responsive touchscreen. The Blaupunkt head unit is said to have a sluggish touch screen, as seen in several customer reviews.

The table below shows the specifics of both Sony and Blaupunkt: 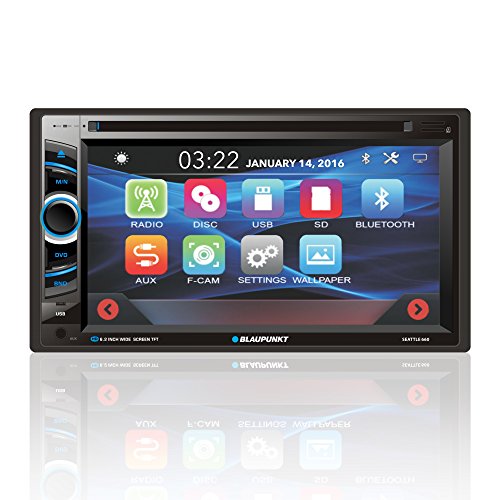 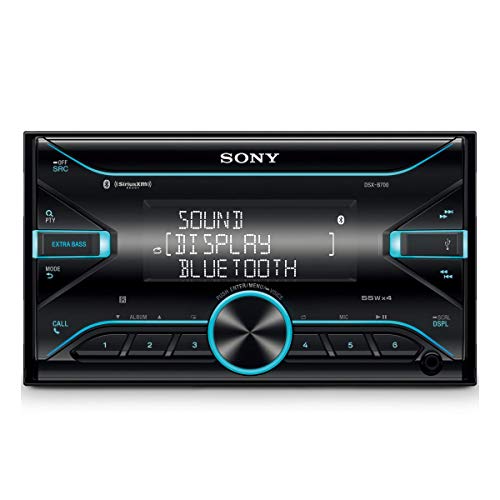 To further put the price difference between the two brands into perspective, you can get a touch screen head unit from Blaupunkt for less than what a regular Sony 2-DIN head unit costs. The Blaupunkt Seattle 660 has a touch screen and DVD player but costs less than the Sony DSX B700.

Both head units have Bluetooth connectivity, but the Sony has significantly higher power output.

Blaupunkt and Sony are both well-known brands in the car audio industry.

However, it would be remiss to say that Blaupunkts products are still as good as they used to be.

So, despite Blaupunkt’s affordability and features, it’s worth spending a little cash for a Sony head unit with better quality and performance.